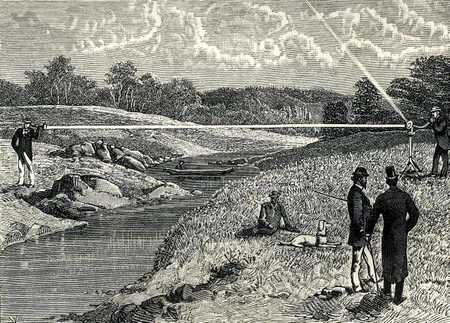 The Photophone contained a flexible mirror that vibrated in response to the speaker’s voice. When sunlight was projected on to the mirror, the vibrations were superimposed upon the reflected beam. At the receiver, crystalline selenium cells were used to detect the light beam. The resistance of these cells decreased as the intensity of the light increased, thereby allowing the speech signal to modulate an electrical current. This current could then be converted back into audible speech using an ordinary telephone receiver. In effect, the Photophone was a telephone that used light instead of electricity to carry the signal from the transmitter to the receiver.