A Festive Story from the History of Radio

The important role played by Guglielmo Marconi in the development of radio technology has rather obscured the achievements of other radio pioneers, and the Canadian Reginald Fessenden has been sadly overlooked. While Marconi focused on radio telegraphy, Fessenden looked for ways to broadcast voice. Most of his contemporaries (including the great Thomas Edison) believed that this was impossible, but in 1906 Fessenden proved them all wrong. At 9pm on Christmas Eve, radio operators on ships in the Atlantic were amazed to hear a human voice coming from the equipment that they used to receive Morse Code. On that evening, Fessenden treated them to a recording of Handel’s Largo played on an Ediphone, a rendering of “O Holy Night” played on his violin and a reading from the bible. He then wished them a happy Christmas before bringing the first radio broadcast in history to a close. 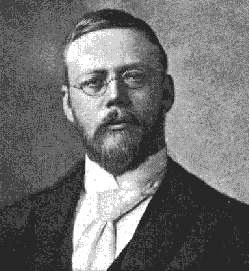 This entry was posted in Telecom Ramblings and tagged history, radio, Reginald Fessenden. Bookmark the permalink.