The high price of copper on world markets has led to a spate of cable thefts, and this has provided telephone companies with a strong incentive to find cost-effective ways of replacing copper telephone wire with optical fibre. However, this is not the first time that telecoms engineers have had to look for alternatives to copper wire.

Surprising as it may seem, early telephone wires were made of galvenised iron or steel in spite of the fact that these metals are poor conductors of electricity. The ideal telephone wire would have been made from silver or copper, but silver was much too expensive and copper was too weak to support its own weight. Fortunately, in 1877 Thomas Doolittle developed a process to increase the tensile strength of copper wire by drawing it through a series of dies, thereby making it strong enough for use on telephone lines. The new wire was deployed in various parts of the USA to assess its performance in different climates, and it proved to be a great success. Writing in 1910, Herbert Casson observed that

“.. there has been little trouble with copper wire, except its price. It was four times as good as iron wire, and four times as expensive. Every mile of it, doubled, weighed two hundred pounds and cost thirty dollars. On the long lines, where it had to be as thick as a lead pencil , the expense seemed to be ruinously great. When the first pair of wires was strung between New York and Chicago, for instance, it was found to weigh 870,000 pounds–a full load for a twenty-two-car freight train; and the cost of the bare metal was $130,000. So enormous has been the use of copper wire since then by the telephone companies, that fully one-fourth of all the capital invested in the telephone has gone to the owners of the copper mines.” 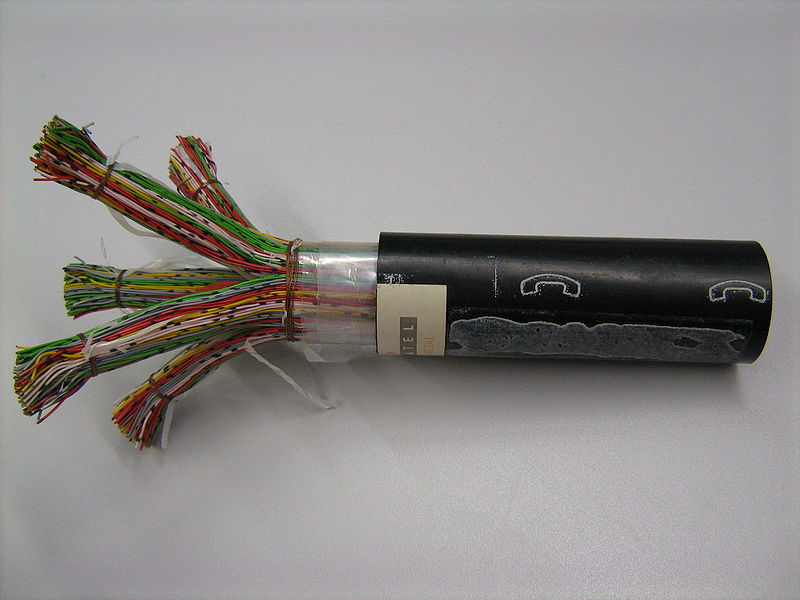