Two Cheers for the Smartphone

I recently bought my first smartphone. You might find it surprising that someone who works in the telecommunications industry and has an obvious interest in technology should be such a late adopter of this almost-ubiquitous technology. Let me explain.

When I was young, I had a penknife that included a device for removing stones from a horse’s hoof. It also included a saw that could cut small branches off trees and a screwdriver designed for very large screws. I never once used any of these “features”, yet the additional metalwork that they required meant that the penknife was constantly wearing holes in my pocket.

In the 1980’s, the Filofax became a fashionable business accessory. The concept was subsequently developed by products such as the Time Manager – a heavy, leather-bound tome that required a 3-day training course to learn how to drive it. I was initially a very enthusiastic user, but it subsequently dawned on me that I was only really using a handful of pages and that much of the information that I was carrying around really belonged in a filing system. It was a merciful release when the Time Manager was stolen and I could replace it with something much lighter and smaller that dispensed with the unnecessary baggage.

My views on the smartphone have been influenced by these experiences. For years, I have carried around a Nokia candybar phone that did all the things I wanted it to do – make phone calls, send texts, synchronise with my Outlook contacts and calendar, take photographs and (very occasionally) surf the web. The mechanical keypad was far less fiddly to use that a touchscreen, and the battery life was the envy of my smartphone-using colleagues. Furthermore, the phone was small enough to carry in a discrete leather holder on my belt, whilst the average smartphone is too big to be carried conveniently unless you wear a jacket or use a handbag. The only feature that was missing from my candybar phone was a navigation application to help me find my way around unfamiliar cities, and candybar phones are certainly capable of supporting excellent navigation apps. 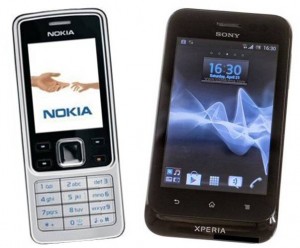 But the world has moved on, and the market has decided that business users need smartphones. I can’t say that I have learned to love my smartphone, but the initial feelings of contempt that we had for each other have given way to sullen acceptance. I have to admit that the smartphone has some useful capabilities for people (like me) who have to travel regularly, but none of them comes anywhere close to being a “killer application”. Many of the pre-loaded applications have now been deleted from my smartphone, and the few that I have added have been to improve basic functionality such as synchronisation and the keyboard. I may feel differently in a year’s time, but for now I can’t manage more than two cheers for the smartphone. However, I know that many people disagree with me, and the committed devotion to smartphones that I witness all around me makes me nervous that I may be missing something. Comments (or counselling) via the contact form on the right would be much appreciated.

PS:  I see that Nokia have just launched a candybar phone that supports basic functionality (phone calls, text messaging) and costs just £13. Since it’s not running any unnecessary apps, it can last for 35 days on a single charge! The Independent commented that it will “surely attract western smart phone users who, despite enjoying the high-tech apps and features of their more expensive devices, regularly complain of unpredictable battery drain leaving a fully charged phone dead in well-under 24 hours. Complex apps and functions causing crashes and requiring resets are also a common reliability problem with many top-selling devices. As a result, an increasing number of smart phone users are opting to carry cheap and technologically basic ‘back-up phones’. These simple devices can be better relied on not to crash in an emergency, and their relative lack of features means battery life is usually days not hours.” Perhaps my views are more mainstream than I thought.