In 1839, William Fothergill Cooke and Charles Wheatstone opened the world’s first public telegraph service on a 13-mile stretch of rail track between London Paddington and West Drayton. The telegraph received some sensational publicity a few years later when it played a crucial role in the capture of a murderer.

On New Year’s Day in 1845, John Tawell travelled to Slough with the intention of poisoning his mistress. It appears that he had expected her to die quietly, so he was greatly disconcerted when she let out a bloodcurdling scream. To make good his escape, he ran to the station where a train was just departing for London. As he climbed aboard and settled into his seat, he was firmly convinced that he would have disappeared into the London crowds long before news of his crime reached the city.

However, he had not reckoned on Cooke and Wheatstone’s telegraph. The following message was flashed up the line:

“A MURDER HAS JUST BEEN COMMITTED AT SALT HILL AND THE SUSPECTED MURDERER WAS SEEN TO TAKE A FIRST CLASS TICKET TO LONDON BY THE TRAIN WHICH LEFT SLOUGH AT 742PM  HE IS IN THE GARB OF A KWAKER WITH A GREAT COAT ON WHICH REACHES NEARLY DOWN TO HIS FEET  HE IS IN THE LAST COMPARTMENT OF THE SECOND CLASS COMPARTMENT.”

The word “KWAKER” caused some confusion at Paddington until it was realized that the intended word was “QUAKER”—this type of telegraph was not capable of transmitting the letters “Q” or “U”. When Tawell arrived in London, the police were waiting for him. He was subsequently found guilty of murder and hanged. 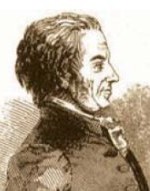 In an analogous case in July 1910, Marconi’s new radio telegraph played a crucial role in the capture of the murderer Dr Hawley Crippen and his mistress Ethel “Le Neve” Neave as they made their get-away across the Atlantic. The captain of the SS Montrose, Henry Kendall, became suspicious of a couple of his passengers, and he telegraphed the following message to London:

As a result of this message, Inspector Dew of Scotland Yard boarded the White Star liner Laurentic and managed to arrive at the St Lawrence river before the SS Montrose. Disguised as a tug boat pilot, he boarded the Montrose and made the arrest. Crippen was hanged at Pentonville Prison on November 28, 1910. Recent DNA evidence has raised some concerns about this conviction. 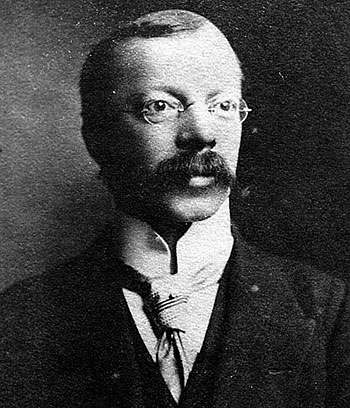