Are Radio Waves Bad for Your Health?

In spite of this, concerns have been expressed about potentially harmful effects caused by cell phones, cellular base stations, WiFi networks, microwave transmission links and satellite ground stations. Although these systems transmit at frequencies that cannot break atomic bonds, they can cause heating of the skin in much the same way as a microwave oven. To address this problem, the maximum output power has been restricted to levels at which the heating effect is far too small to cause cell damage. 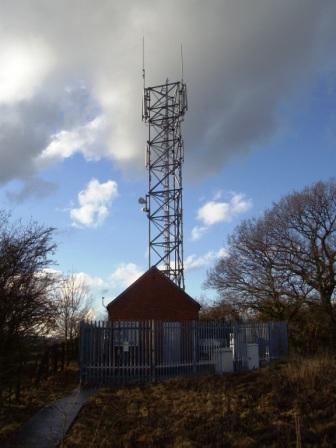 However, concerns continue to be expressed about non-thermal mechanisms that might cause a risk to health. A study published in April 2008 found that exposure to mobile phone signals for just 5 minutes could stimulate human cells to divide; this process occurs naturally when tissue grows or rejuvenates, but it is also a key part in the development of cancer. It has also been suggested that a small percentage of the population suffers from “EMF sensitivity” and that this accounts for a wide range of problems, including headaches, tinnitus, nausea and stomach upsets.

Despite the lack of clear scientific evidence that using a mobile phone is a health hazard, it is reasonable to assume that holding a radio transmitter against the side of the head for long periods of time cannot be good for you. Powerful campaigns have been fought to prevent the construction of mobile base stations near homes and schools after research suggested that children’s brains absorb 50–70% more radiation from mobile handsets than adults because their skulls are smaller. Using similar arguments, WiFi networks in schools have been blamed for problems ranging from poor concentration in the classroom to Attention Deficit Hyperactivity Disorder (ADHD).

Such claims are easy to make and hard to refute. Poor concentration in the classroom could be blamed on a nearby WiFi network, but a diet of junk food combined with lack of exercise and late nights spent playing video games is a more likely explanation. People fall ill for all kinds of reasons, and the fact that they used their mobile phone immediately before the first symptoms appeared does not prove cause and effect. In fact, epidemiological studies have so far failed to provide any convincing evidence that using WiFi networks or mobile phones leads to health problems.

However, we know that the health problems caused by exposure to ionizing radiation from a nuclear explosion may not appear until many years after the event, so it is possible that problems caused by using mobile phones or WiFi networks will not appear for a while yet. We need to remain vigilant until the evidence is completely clear. The probability of a long-term health risk is extremely small, but if such a risk were to be established, the impact could be devastating.